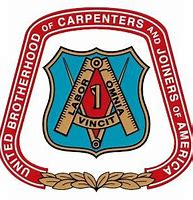 Larry “Red” T. Hackett of South Pymatuning Township, Pennsylvania, passed away on Friday, November 19, 2021, while at home and surrounded by the love of his family, following a brief illness. He was 85.

After graduating in 1954 from Brookfield High School, he decided to attend Carpenters Trade School to learn a skilled craft. This vocation provided him an opportunity to join Carpenters Local #171, Youngstown, Ohio, and transferred to Local #268, Sharon, Pennsylvania, where he became a Business Representative.

On May 23, 1959, he exchanged vows with a gal by the name of Delores Ann Potprasky. Together they started a family and born to this union were two children: Timothy and Laurie.

In his spare time, he enjoyed hunting, gardening, and hanging with his buddies at the Sharpsville VFW who called him “Lucky Larry”. However, spending time with his family, especially his grandchildren & great-grandchildren, gave him the most joy.

He was preceded by his parents; wife, Delores Ann, who died July 12, 2004; and brother, David Hackett.

As suggested by his family, memorial contributions can be made to the United Way of Mercer County (or) St. John's Episcopal Church, both c/o the funeral home.

Expressions of sympathy may be left for his family at: www.bricelandfuneralservice.com

Coordination of this tribute for Larry was presented by Daniel Briceland, Owner & Director. (330-509-3135)

To send flowers to the family or plant a tree in memory of Larry "Red" T. Hackett, please visit our floral store.

A Memorial Tree was planted for Larry "Red"