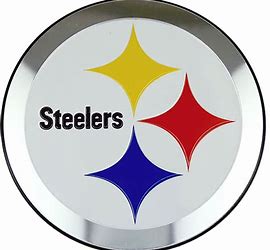 Herman was born at home in Sharon, Pennsylvania on December 2, 1932, to Theodore and Jennie (Circilli) Yassall.

He graduated from Sharon High School in 1952.  Shortly following graduation, he joined the service to defend our flag and freedom.  He enlisted in the United States Army on February 10, 1953, and was assigned to the Medical Detachment Unit of the 235th Field Artillery Battalion.  His decorations and citations include: National Defense Service Medal, United Nations Service Medal, Good Conduct Medal and Korean War Service Medal.  He was honorably discharged from his duties on February 2, 1955, with the rank of Corporal.  Being the son of hard-working Italian immigrant parents facilitated a deep love and respect for this country.

A member of the “Best Generation” known for their hard work and dedication, he had multiple jobs including being a welder at Sharon Steel.

He later attended Youngstown University where he earned a Bachelor of Arts and was a 3-year letter winner in football.  He graduated from the university in 1959.

He continued to pursue his dream of becoming a physician by being accepted to Kirksville Osteopathic Medical School in Kirksville, Missouri.  It was there that he received his Doctoral Degree.

Dr. Yassall may best be remembered for his private practice in Brookfield, Ohio where he serviced the community for almost 40 years.  He was so loved by all of his patients for his compassion, honesty and humor.

Herman was a devout Catholic with unwavering faith.  He was a member of the former Sacred Heart Catholic Church and later, Saint Joseph’s in Sharon.

Although he lived an extraordinary and accomplished life, it was the simple things that brought him the most joy.  Spending time with family and friends, restoring old cars, playing tennis, concerts in Buhl Park, finding a bargain and cheering on the Pittsburgh Steelers were the things he loved most.

Herman touched so many lives and left a lasting impression on all that knew him.  He was full of love, laughter, humor and joy and so easily shared it with others.  He was the last of the best generation and there will never be another like him.

He was proceeded in death by the love of his life, Sarah Lee (Valimont) Yassall, whom he married October 29, 1979, and his infant brother, Dominic Yassall.

Per his wishes, there will be no funeral services.  A Celebration of Life service will be held and announced at a later date.

Expressions of sympathy may be left for his family at: www.bricelandfuneralservice.com

To send flowers to the family or plant a tree in memory of Dr. Herman Samuel Yassall, please visit our floral store.

A Memorial Tree was planted for Dr. Herman

Family to do services at later date